If the old political paradigm could be said to have been between right and left, at least there was a commensurability, in that left and right shared common standards of reason and facticity. The 'new political reality' is marked by an incommensurability, in that there are no longer shared standards for establishing what is real. There is a 'new schism' about what constitutes a fact and how one establishes facticity.

For example, if one were to use Bolten's recent "W"easoning, justifying attacking Iran, this disconnect from the 'old way of thinking', is quite 'evident' ... 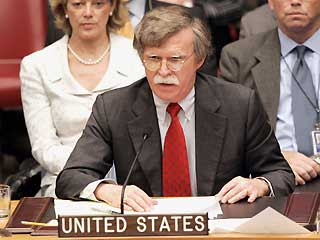 The fact that intelligence about Iran's nuclear activity was partial should not be used as an excuse not to act, Mr Bolton insisted.

Evidence is no longer the measure against which one might check the congruity of one's thinking, with the object of its thought.

What is the 'new criterion' for 'new facticity', according to Bolton

"Intelligence can be wrong in more than one direction." He asked how the British government would respond if terrorists exploded a nuclear device at home. "'It's only Manchester?' ... Responding after they're used is unacceptable."

Clearly when establishing validity, the 'new criterion' is 'fea(R) itself' ...

If you can imagine it, then it could be true. That possibility alone supplants the old measure of 'empirically, verifiable' evidence, or its more common cousin, 'probability'. For Bolton, this 'new imagined threat' is sufficient to justify its existence ... Or, in the old parlance, for the NEED to act AS IF it were true. In the 'new pa(R)adigm', the 'imagined' is now more valid than the 'empirical'. 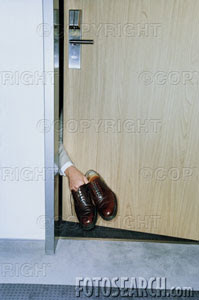 Is Craig staying or going?

Joe Lieberman's suggestion for Craig was ...

Consult with your constituents,

talk things over with your significant other ...

then before deciding, get comfortable with yourself. So, taking Joe's advise ...

Craig put his foot down stating, 'Since I'm NOT GAY, I can't leave NOW!' 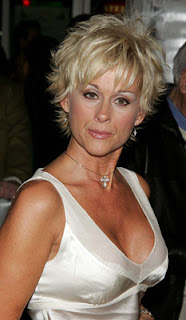 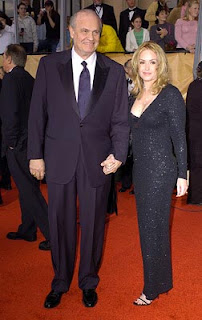 My assumption is that Impeachment is as much a social phenomenon as a legal phenomenon, an assumption I think shown to have some empirical validity in the Clinton Impeachment, where the (R)epublican legal gambit failed in the face of Clinton's rising popularity. However, I am wondering if the current social and legal rolls around Impeachment have switched. In an article entitled BYU Campus Protests Dick Cheney Speech, I wonder if I am seeing just such a roll reversal.

Even though 'criminality' and 'impeachment' were not directly used in the article, what does it mean that such a conservative school, in such a conservative state, when reacting to Cheney's 'politics', is making just such a concept distinction in fact, if not in name ...? If, when looking at Cheney, the distinction between political bias and criminality is now part of the discourse at Brigham Young University, can the social 'acceptance' of the act of Impeachment be all that far behind, generally?

Utah has consistently supported the administration, delivering President Bush his largest margin of victory in any state in 2000 and 2004. In Utah County, home to BYU, about 85 percent of voters chose the Bush-Cheney ticket in 2004.

Richard Davis, a political-science professor and adviser for the college Democrats, said the uproar over Cheney's visit is evidence of a rift within the school and church that belies the faith's larger claim of being politically neutral.

"He should be invited to come. He should speak. But let's not send the signal that we're abandoning our political neutrality," Davis said. "There is no political gospel in the Church of Jesus Christ of Latter-day Saints."

The church has a policy of political neutrality and issues an annual statement declaring that both major political parties include ideals that Mormons could embrace.
[...]
"We recognize that members of our campus community are entitled to their opinions," said university spokeswoman Carri Jenkins. "Political neutrality does not mean there cannot be any political discussion."

Even if 'neutral' BYU administration, like the 'neutral' MSM, is 'refusing' any qualitative assessment of illegally in Cheney's 'politics', what does it say about the country's mood, that these politically, very conservative students, don't seem as amorally vacuous or as intentionally ethically bland ...?

When Cheney makes public appearances, such questions seem to come to light. Maybe we'll find with Congress's willingness to use its subpoena power, Cheney's secrecy was 'warrented'.

I was a bit floored by David Brooks' response on the Lehrer NewsHour to the Pentagon Inspector General who testified today before the Senate Armed Services Committee, chaired by Carl Levin.

In that testimony, reported in the WaPo:

Disagreements exist in the Intel Community.

At the time of Feith's reporting, the CIA had concluded only that there was an "evolving" association, "based on sources of varying reliability."

There are vetting processes to deal differences. Regardless, when there are differences, both sides should be presented.

[Feith's] briefing presented to senior Bush officials, it said, contained different information than a presentation to the CIA. Left out of the version for the CIA, the inspector general said, was "a slide that said there were 'fundamental problems' " with the way the intelligence community was presenting the evidence.

"The bottom line is that intelligence relating to the Iraq-al-Qaeda relationship was manipulated by high-ranking officials in the Department of Defense to support the administration's decision to invade Iraq," Levin said yesterday. "The inspector general's report is a devastating condemnation of inappropriate activities in the DOD policy office that helped take this nation to war."

If I can construct the Shields and Brooks analysis from memory and brief notes, Brooks firstly dismissively characterized the investigation as a “partisan game show”. Then turning to the content revealed in the investigation, said 'Why this is important now, is beyond me ... The urgent issue is the war now, not what happened 5 years ago and 2 years after Feith has left the position ... This is something that should be left to historian.'

Generally I find Brooks biased but bright and acute in his analysis, and of sufficient integrity that he seems to believe what he says. However in this case, not only is his intellectual honesty is in question, so is his integrity, since if he is not lying directly, he is at least lying to himself ... History, his prescribed 'decider', supports this contention.

Regarding his 'it's ancient history' argument, if you remember, when this report was stalled in the hands of Sen. Pat Roberts (R-Kan.), chairman of the Senate Select Committee on Intelligence in 2005, Brooks was NOT arguing for its timeliness, then. So if the investigation wasn't appropriate when the 'mission was accomplished', with only a few dead-enders, while they were turning all them corners, when would it have been for Brooks?

Atypical of Brooks, who can handle complexity, but typical of Neoconservative simplistic, black and white, either/or thinking, the consequence of the fabricated premises for the Iraq War are so calamitous, we MUST ignore them ... until after the war, when they should be relegated to historians.

On the one hand, like the Administration, Brooks feels the 'War of Terror' is now so urgent, manifest democracy in the USA should 'stand down' and we should ignore war crimes. On the other hand, ironically, even though Cheney says they will override the election results, ignore those who have been elected to change the direction of the war, Democrats should apply themselves to work with the (R)epublicans, to 'find a solution', a process and its results Cheney has already are irrelevant, since they will ignore it.

Bias is insufficient to explain Brooks' stance on ignoring war crimes, as is his argument that the magnitude of the crisis created by the criminals, is so great, allowing the criminals free reign is the best course forward. The depth of the crisis so deep, we can not bring any accountibility to bear, except though the perversion of partisanship. Intellectual dishonesty, or denial, are more sufficient explanations. Minimally Brooks is lying to himself. With this loss of integrity, I don't think I can ever look at Brooks the same way again.